Anyone who has played "Chutes and Ladders" knows the first time you take a slide backward, it doesn’t hurt too much. By the fifth time, though, the pain is real. And when you’re swept from space 87 to 10, you start to wonder about the truly diabolical nature of the board game’s inventors.

Of course, this type of failure is hardly earth-shattering. Lose a round or two of a Milton Bradley Company classic? Just pack it up and put it away. But what happens when you experience constant nagging failures that can’t be swept into an upstairs closet, such as the on-the-job failures we experience every day at our company?

As one Philosopher discovered, it's much different than a board game. His team worked tirelessly on a product for an international client. Although team members didn't have access to all the data or users they wanted during the developmental process, they carried on, true to their determined nature. Eventually, they rolled out their pilot and were promptly slapped in the face with its failure.

The users found the app confusing and didn't see any value in using it. The client was unhappy. The client’s stakeholders were unhappy. Our team was unhappy. And, of course, the employee was unhappy; in fact, his confidence was so battered that I suggested he take a couple days off to clear his head. When he returned, he had exorcised some of the "failure demons" plaguing his spirit and was ready to rally with his colleagues.

Rally they did, utilizing design studio interventions and mini-competitions that leveraged the lessons learned during the failed prototype. The next iteration was much more successful, yet it might not have been without the team member stepping back to reset and recharge.

Failure Is Expected; Misery Is Not

Experiencing failure is part of our everyday expectations at Philosophie; it’s what we do. Not only is it part of our cultural fabric, but it’s also needed. If we don't keep failing, we can't possibly win. But, of course, that is easier said than done, and even resilient people aren't immune to the sting of defeat

That’s why our motto is fail fast. Rapid, thwack-on-the-skull failing is easier to manage than failing by a thousand tiny paper cuts. Still, managers must keep their eyes open for teammates feeling failure fatigue. At that junction, we as managers have a few core methods to provide a helping hand:

An afternoon off. A mental health day. A five-day vacation. If an employee asks to check out for an hourlong bike ride or a longer mountain expedition, say yes. It may cost time, but in the end, the entire team will benefit.

The key to bouncing back is a fresh slate and an energized mind. Both can happen through mental breaks. Even allowing an employee to go on a gambit of meme-clicking may be worth your while. Researchers at the National University of Singapore found that a little procrastination online can lead to a 9 percent productivity increase. Although it's silly, it’s a simple and effective distraction from burnout.

Not sure you want folks to leave the office or goof off after every big fail? Set them up to reset through fun but focused play. As famed psychologist Carl Jung noted, “The creation of something new is not accomplished by the intellect, but the play instinct acting from inner necessity.”

At Philosophie, we use design studios to promote playful thinking. We hand participants markers, crayons, and more to get their brains going. Not long ago, we even conducted a brainstorm with LEGO bricks that led to the development of a fake fog wall that users could partially walk through to experience faraway places. The CEO loved the concept, which reminded us of the wonderful effects of getting closer to our schoolyard selves.

Something as simple as switching up your decision-making process can pay creative dividends. We use a system called dot voting that turns choosing between ideas into a game. In fact, we liked the process so much that a Philosophie team gone rogue built a dot-voting app that we and our clients use regularly.

3. Teach others to learn from failures.

Failure isn’t a dead end but a detour on the route to success. A teaching culture allows you and your team to celebrate lessons learned along the way rather than be swamped in negative feelings. This is why certain departments at Google issue a quarterly failure report, while Nest's leaders boast about their 90 percent test-failure rate.

Of course, a failure-friendly culture doesn't appear on its own; it must be coaxed out through company processes. One Friday each month, each of our product teams writes an internal case study on what it learned in the past 30 days. Then, the teams share their findings on a Slack channel and through an email newsletter put together by our community manager.

And we don’t stop there. On another Friday, we enjoy drinks and demonstrations. It's a chance for our product teams to showcase their experiences in a laid-back forum. On top of that, we conduct roundups every two weeks in which our teams discuss interesting, exciting problems. Finally, our product teams hold weekly retrospectives to objectively review evolutionary leaps and misses.

It's all a part of “Make It Better,” one of our five Philosophers' Stones. But in order to live it out, we must be comfortable with failure. Over time, our teams have developed habits and mindsets that help them push through failure in smart, constructive ways. Yes, sometimes we skid sideways down a chute and fall flat on our backs, but we realize that the only way to win is to roll up our sleeves, flick the spinner, and try again. 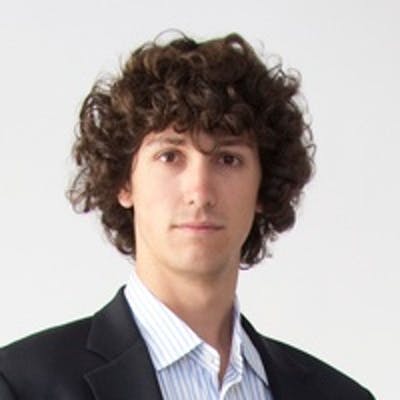 Emerson Taymor is Philosophie's Cofounder and the Managing Director of our New York office. Emerson is passionate about working with clients to create products that drive business results. Outside of work, he teaches front-end web development at General Assembly.